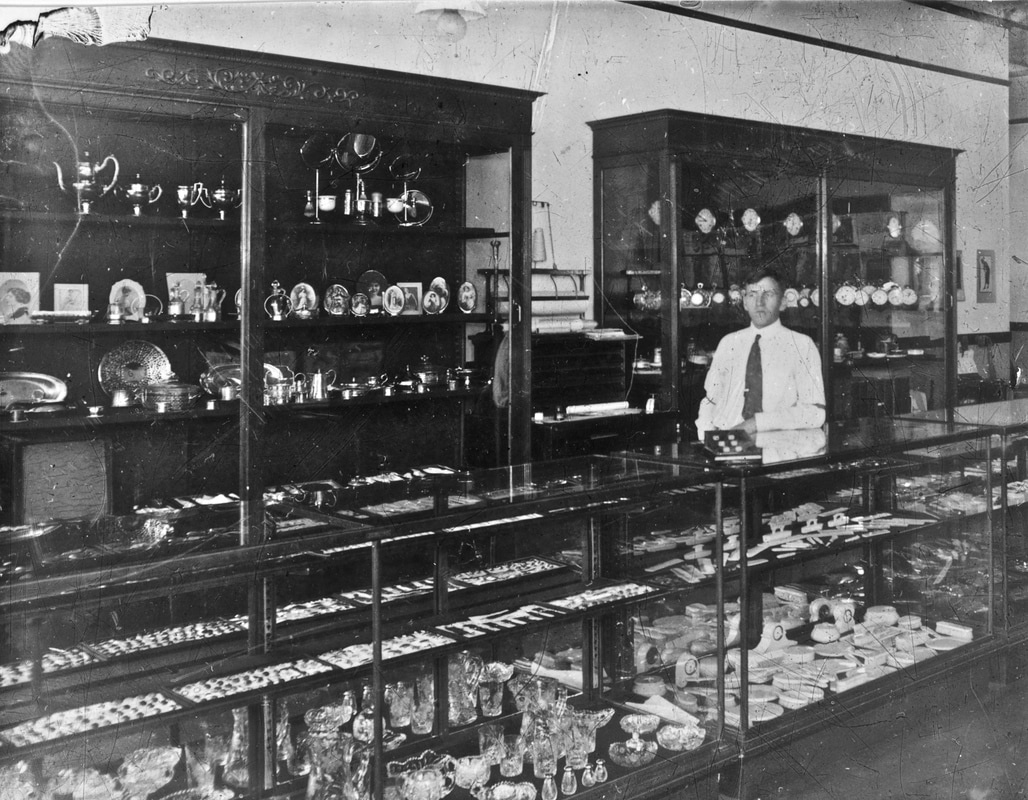 An interior shot of a typical jewelry store from the 1930s.

Two events change all the rules

The gang next surfaced on March 6 when it robbed a jewelry store in Greenville, Ohio, of approximately $8,000 in jewels.

Then, on March 19, it struck again. This time it was the Kay Jewelry Store in Lima in which about $6,800 worth of jewelry was taken.
This robbery resulted in a comic-like event that would have been funny if not for the gunplay. Shaffer was replaced by a third bandit who had never worked with Brady or Dalhover before. In fact, he had never met them until he joined in on the robbery.

“Me who?” asked the bandit.

“Me me,” shouted Brady. “You fucking idiot.” He then shouted to Dalhover to “Stop that crazy fool.” The gang was able to escape, but needless to say, that third bandit was not involved in any other crimes with Brady.

Dalhover later detailed the robbery to the FBI.
“(Brady went in the front door and) as I entered the rear door, I estimated there were about 35 customers crowded in the store, and as I was dodging my way through the crowd, I heard a shot fired. The customers immediately began to run to the front door and pushed me out with them. As soon as they had cleared the place, I went back in. Brady was taking the money out of the cash drawer.

“I asked Brady what the shot was about and he said, ‘Some damn fool jumped me and I shot him and shoved him down the cellar stairs.’ We got the money, went out the back door, and got in our car, but because of the fact that there was a great crowd gathered, we had to turn our car around in the middle of the street and then drive out of town. A car followed us for some distance, and I shot three times at it and it stopped.”

The man killed was Edward Lindsay, 23, a clerk in the store. Apparently, Lindsay had been working in the basement and when he came upstairs he discovered Brady behind the counter. He approached Brady and excitedly asked what was going on. A customer who later claimed to have witnessed the event said Brady, who seemed surprised at Lindsay’s sudden appearance, turned, shot Lindsay and then, as Lindsay stumbled, pushed him back and he fell down the stairs.

That was murder and that made it the point of no return. Armed robbery was one thing, but killing an unarmed citizen turned up the heat on the gang. But it was about to get worse ...

On April 9, Brady, Shaffer, Geiseking and Dalhover, drove to Dayton in a Studebaker stolen in Indianapolis, and held up another jewelry store for approximately $27,000 in jewelry.

They stuck again on April 27 when they hit the Kay Jewelry Store in Lima for the second time. The take was $8,000 …. and it was this robbery and what they did later in the day that would change all the rules. 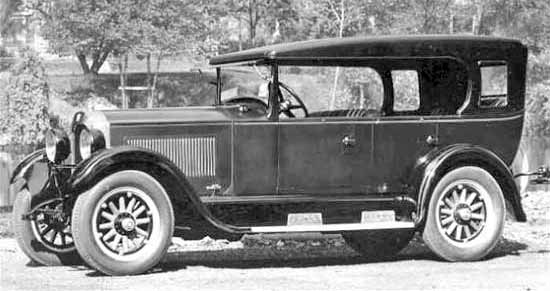 This 1925 Studebaker Special Six is the model used by the gang when it robbed the Kay Jewelry Store in Lima, Ohio, for the second time. That robbery was the one that would set the FBI on the gang's trail.