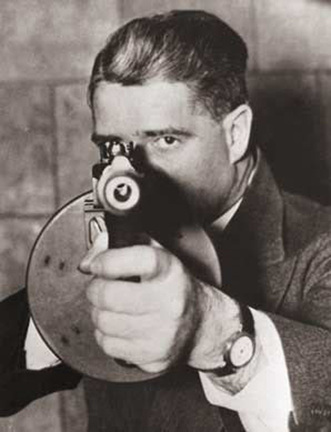 So there's no misunderstanding ...

We've had a lot of fun creating these pages, and we have bigger-than-life plans to expand on them with more stories, photos and interesting links.

However, we feel it's our duty to make our position clear on the content of this site. We enjoy history and we enjoy reading about the daring exploits of the men and women written about here. Enjoying their stories does not mean we support their lifestyles.

The people mentioned here were not nice people. They are not to be admired or viewed as anti-heroes fighting a corrupt or unjust system. You can argue that they were simply a product of the times, but so were millions of other men and women who chose to live good and decent lives. The people mentioned here chose the easy way out. They chose not to work, but to simply take what they wanted from those who did work.

And what of the women mentioned on these pages? For the most part, the women did not take part in actual crimes. Their "crime" was falling in love with the criminals ... but that doesn't forgive them because they enabled the criminals to continue. Despite the short careers of most of these men, their careers might have been shorter if not for the women. As the men stayed in the shadows, the women rented the apartments, purchased the food and cars and served as go-betweens. Like the men, they were mostly poor and uneducated and saw the criminal life as exciting and as a "way out." But that doesn't forgive them.

And finally we mention the other heroes, the low-paid and under-trained police officers, the newly-minted FBI agents and the innocent bystanders who were wounded or killed when they crossed paths with these outlaws.

The criminals here present a romanticized image of daring deeds and exciting times, but the truth is they left nothing but broken families, misery, sorrow and death in their wake.

(And by the way, no man is an island. If you are a researcher or a family member, etc., and you see an error on a page, please contact us. Once we verify your correction, we will make it. We want our info accurate. There's enough false info out there without us adding to it.  We will respect your privacy. Thanks!!)