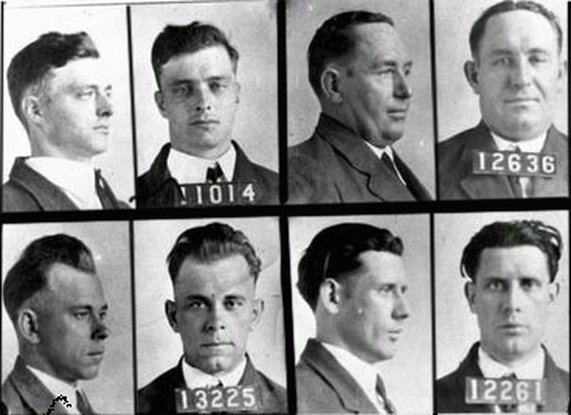 When Dillinger was paroled in May 1933, he launched a series of bank raids to finance the escape of his friends and was able to smuggle guns into the prison only four months after his release.

Dillinger, however, had been arrested in Dayton, Ohio, four days prior to the prison break and Clark and the others quickly began planning to free him from custody. But first things first.

They hit the First National Bank in St. Marys, Ohio, on Oct. 3, 1933, for $14,000. Nine days later they broke Dillinger out of jail in Lima, Ohio. Sheriff Jess Sarber was killed by Pierpont during the escape.

Clark, Dillinger, Pierpont and Makley raided police stations in Auburn and Peru, Ind., stocking up on weapons, ammunition and bulletproof vests and then launched a three-month crime spree across the Midwest which would earn them the name "The Terror Gang."

Clark was absent from the gang's first robbery in Greencastle, Ind., on Oct. 23, which netted $18,428 in cash and $56,300 in negotiable bonds, but was with them the following month when the gang robbed $27,789 from a bank in Racine, Wis. But things did not go smoothly and the gang was forced to use four hostages as human shields in order to make their getaway.

Clark was also present on Dec. 13, 1933, at a robbery of a Chicago bank where the gang chiseled through the walls into the vault where they emptied 96 safe deposit boxes. The official report lists the theft of only $8,700 in cash. However authorities estimated the gang may have gotten away with large amounts of unreported cash and jewelry.

Following that robbery, the State of Illinois published a list of public enemies. Of the 21 names listed, Clark was ranked fifth behind Dillinger, Pierpont, Hamilton and Makley respectively. 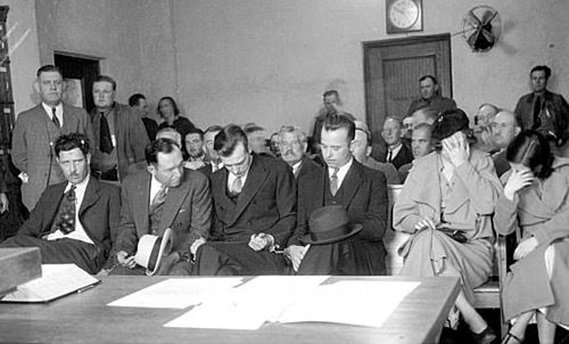 At their arraignment in Tucson, Ariz. From left are Clark, Makley, Pierpont, Dillinger, Ann Miller and Mary Conforti. 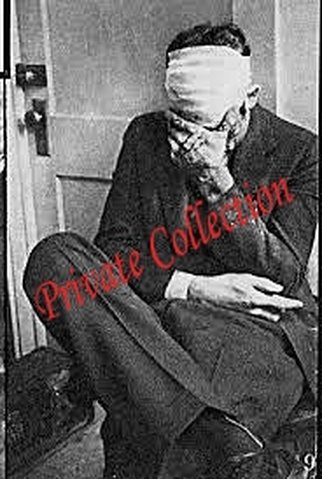 Clark shortly after his arrest in Arizona.
With the heat intensifying, the gang went to Florida for the Christmas holidays, but resurfaced in Tucson, Ariz., in early January, 1934, where they were going to plan their next move.

Leaving Florida is separate cars at different times, Clark and his girlfriend Opal Long were the first to arrive on Jan. 10 and the rest following over the next few days, with everyone checking into the Congress Hotel. All were assigned rooms on the third floor.

On Jan. 22, 1934, a fire broke out in the hotel. There were no injuries but the hotel suffered extensive damage.

As firefighters were getting the fire under control, one was approached by one or two members of the gang and was asked to retrieve suitcases from their rooms. They explained they were salesmen and the cases contained samples.

The firefighter managed to get the cases but later remembered how heavy they were and even jokingly asked one of the gang members if they were brick salesmen. The cases c ontained guns.

Later, back at the fire house, a firefighter was thumbing through a detective magazine and recognized photos of Clark and Makley.

Authorities were informed and the round up began.

Clark was the first to be arrested and was reportedly pistol-whipped into unconsciousness when resisting arrest and going for a weapon. Dillinger, Pierpont and Makley were also arrested separately within a few hours.

Right back where he started from 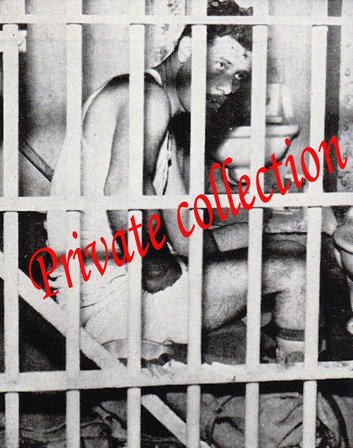 Clark in the Tuscon jail.
Trials began on Feb. 14, 1934, and both Pierpont and Makley were sentenced to death the following month.

Clark, expecting the same sentence, expressed disinterest during his trial. He was often seen yawning loudly and sleeping in court.

His lawyer, however,  was Louis Piquett, a known underworld lawyer from Chicago who also represented Dillinger and several other high profile criminals of the day.

Piquett was able to persuade the jury to grant leniency in Clark's case and on March 24 he was given a life sentence.

But Clark, Pierpont and Makley weren’t done yet.

They expected Dillinger to again liberate them, but when he was gunned down in Chicago in July, the trio took matters into their own hands and decided to break out themselves.

On Sept. 22, 1934, almost a year to the day of their last escape, Pierpont and Makley surprised their guards using pistols made from soapstone and escaped from their cells.

They attempted to free Clark and six others but were unable to get pass a set of barred doors.

By this time, other guards had been alerted to the attempted break and when Pierpont and Makley refused to surrender, guards opened fire on the pair.

Makley was killed and Pierpont seriously wounded. Clark and the others were forced back into their cell block and order was restored. Pierpont was hospitalized until he recovered, and then he was executed.

Clark remained imprisoned in Ohio for the next 34 years until being paroled for health reasons on Aug. 14, 1968. He died of cancer at his sister’s home in Detroit on Christmas Eve only four months after his release.

He is buried in Troy, Mich., and was the last surviving member of The Terror Gang. 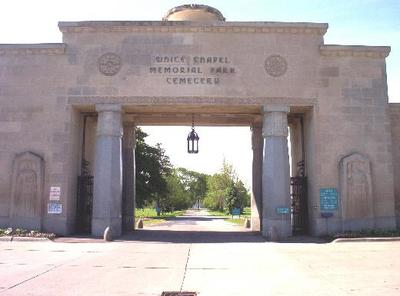 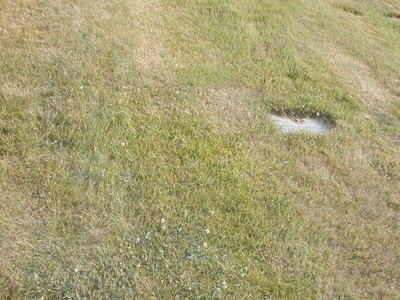 The cemetery entrance and Clark's grave.