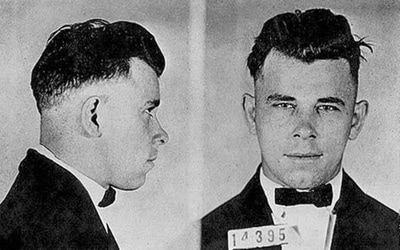 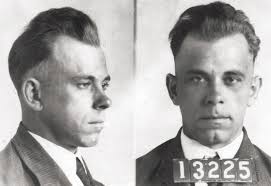 Dillinger's mugshot from Pendleton is at left. At right is the one from the Indiana State Prison.

Going Back to School

He was educated by the masters

Baron Lamm
Dillinger was initially sentenced to the reformatory in Pendleton, Ind., where he met future gang members Harry Pierpont and Homer Van Meter. (His wife wrote and visited him often, but eventually the visits became infrequent and she filed for divorced. It was granted in 1929, ironically by the same judge who sentenced Dillinger.)

Five years after he was sentenced, despite endless letters to the courts from his stepmother begging for reconsideration of his sentence, nothing changed and Dillinger requested and was granted a transfer to the Indiana State Prison in Michigan City, where Pierpont and Van Meter had earlier been transferred. Already there were Charles Makley, John Hamilton, Russell Clark, Walter Dietrich and James Jenkins, among other seasoned bank robbers. Dillinger would befriend and work with all of them in one form or another during his crime spree.

Allegedly telling prison officials, “I will be the meanest bastard you ever saw when I get out of here,” Dillinger immersed himself in the criminal lifestyle. He learned about bank robbing from his new friends and planned future heists with them while studying the legendary Herman Lamm's meticulous bank-robbing system. He would use that system extensively throughout his criminal career.

Lamm, a former Prussian Army officer, had taken bank robbing to a level of military precision in which every move was carefully planned down to the finest detail, with nothing was left to chance. The system even had multiple avenues of escape once a robbery was committed. It’s a method still used to this day in one form or another. Dietrich and James “Oklahoma Jack” Clark (no relation to Russell Clark) had members of Lamm’s gang and helped school Dillinger. 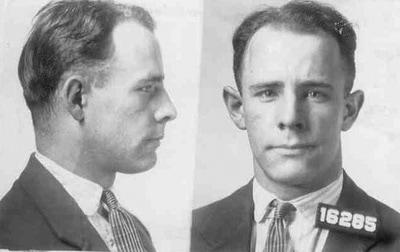 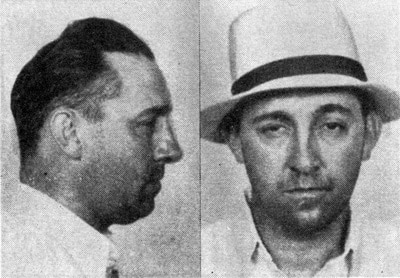 Putting his education to use

As Dillinger continued his criminal education, his father launched yet another campaign to have him released and was able to get 188 signatures on a petition, including that of grocer Frank Morgan and the sentencing judge. Dillinger was finally paroled on May 10, 1933, after serving nine and a half years, but a mix-up in paperwork delayed his actual release until Monday, May 22.

In the meantime, Dillinger's stepmother, who had been so active in the campaign to have him paroled, suffered a stroke and died just an hour before Dillinger returned home. Dillinger had grown close to his stepmother, and her death no doubt fueled his growing rage.

Released at the height of the Great Depression, Dillinger had little prospect of employment … and likely didn’t care as he immediately turned to crime.

Dillinger worked briefly with William Shaw, an inept teen whom Dillinger didn’t trust for a variety of reasons. However, the pair did commit a number of small robberies of stores, taverns, etc., which likely served as “practice runs.” He finally robbed his first bank on June 21, 1933, taking $10,000 from the New Carlisle National Bank in New Carlisle, Ohio.

He next surfaced on Friday, July 14, in Muncie, Ind., where he met up with Shaw and was introduced to Harry Copeland, a seasoned bank-robber with underworld connections. The three had planned to rob a bank in Ohio the following week, but running low on money, Dillinger and Shaw robbed a local tavern that night of $70. The following morning, Saturday, July 15, Dillinger arrived at Shaw’s apartment just as he was being arrested. He managed to drive away without drawing the attention of police and later that day picked up Copeland and they left for Ohio. On Monday, July 17, just before 1 p.m., Dillinger and Copeland, along with Hilton Crouch, a racecar driver who would serve as getaway driver, robbed the Commercial Bank of Dalesville, Ohio, of $3,500. 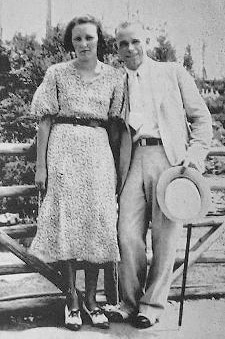 Dillinger and Longnaker at the World's Fair in 1933.
With cash in his pocket and the near miss at Shaw’s apartment still fresh in his mind, Dillinger apparently decided a little rest was in order so, on Monday, July 30, Dillinger visited the Century of Progress World’s Fair in Chicago, along with Mary Longnaker, 23, a sister of James Jenkins, and one of her friends. Jenkins was Dillinger's cellmate in prison.

Longnaker later said Dillinger, wanted by police in connection with various robberies thanks to statements made by Shaw, took delight in asking police officers to take pictures of himself and Longnaker, and even posed for pictures of himself with officers.

But by August, it was back to work. Dillinger, Copeland and Crouch hit the First National Bank of Montpelier, Ind., for $6,700 on Friday, Aug. 4, followed 10 days later by the Citizens National Bank in Bluffton, Ohio. The noontime robbery netted them $6,000.

In the robberies, Dillinger often leaped onto the counter to announce the robbery, and the press briefly referred to him as “The Leaping Bandit.”

He was having a successful string of robberies, but his luck was about to run out. 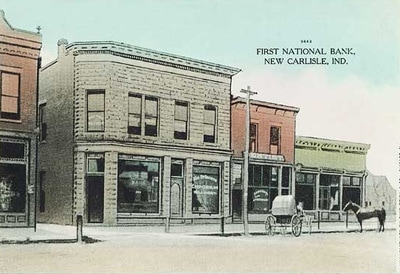 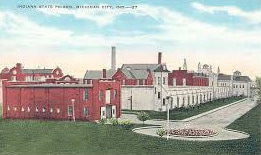