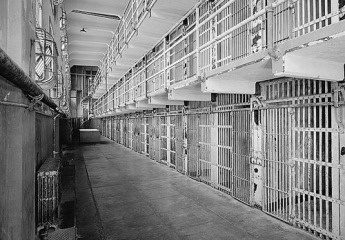 Alcatraz. These cells overlook the yard.

"Nothing is worth this."
- George "Machine Gun" Kelly, on his years in prison

"You drive. I've been hit."
- George "Baby Face" Nelson to his partner,
John Paul Chase, after a gun battle in which Nelson sustained fatal bullet wounds

"Mastermind? She couldn't plan breakfast."
- Bank robber Harvey Bailey, when asked
if "Ma" Baker was the ringleader
of the Barker-Karpis gang 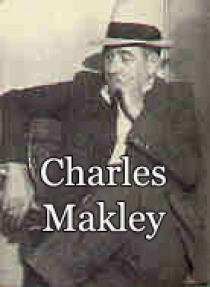 "He was the kind of guy anyone would have been glad to have for a brother."
- Charley Makley, gang member,
on Dillinger

"We had a lot of fun. It's surprising how much fun we had."
Polly Hamilton, Dillinger's girlfriend,
who was with him the night he died

"I had a good experience.
I don't regret a bit of it."
- Mary Kinder, on her time
with Dillinger gang

"My friends stick with me, and I stick
with my friends."
- John Dillinger